Some people ask for buttocks aesthetics because of the problems encountered in their buttocks or issues related to an aesthetic appearance. It is very important, especially for women, to have curvy and well-shaped buttocks.

Every woman wants to have beautiful buttocks. In fact, for some women having a wide hipline causes a very poor appearance regarding aesthetics. Therefore, various surgical operations performed on the buttocks area would be effective to have a more beautiful appearance.

Buttocks and hipline are among the parts of the body which should have a well-shaped appearance and are the most attention-getting parts. Perhaps one of the biggest dreams of women is firm and upright buttocks standing above long legs.

With the aesthetic appearance of the buttocks, the waist curve would become more apparent. Therefore, there are many women who want to correct their impaired buttocks structures due to weight gain.

For this purpose, satisfactory information about surgeries should be obtained by going to aesthetic centres.

Recently, the number of patients with problems with their buttocks has increased significantly. Some patients complain about large buttocks, whereas others complain about small buttocks. In both cases, buttocks aesthetics can be performed and problems can be solved by different techniques and surgeries.

What Is Buttocks Aesthetics?

Buttocks aesthetics should not be regarded unilaterally. Because; these type of procedures may be applied for various reasons. It will be possible to choose the procedure type according to the needs and problems of the person. What is buttocks aesthetics then?

Actually, buttocks aesthetics can be described as various procedures done on buttocks, hip and waist areas. However, the main goal for procedures to be performed is usually the same.

All procedures are carried out to shape the buttocks part and to allow the removal of the redundancies in the hips so that the waist curve gets a thinner and fit appearance by becoming apparent. For this reason, aesthetic surgeries are directed according to individuals’ desires.

popo estetigiIn cases in which it is desired to refine the buttocks and hip areas, liposuction procedures will be needed to perform.

Excess fat deposits are removed by liposuction procedures. The upper parts should be supplemented with fat injections in order to achieve a firm appearance of the buttocks. If the removed fat is not enough, silicon materials may be utilized.

It is possible to remove sagging skin through surgical procedures. In order to obtain a more aesthetic look, the buttocks area may be lifted higher. It is possible to say that buttocks aesthetic surgeries have equivalent characteristics as breast surgeries, regarding the type of process. In case of a sagging buttocks problem, it is much healthier and more reasonable to make corrections by surgical procedures instead of using a prosthesis.

In fact, it is inevitable to have much sexier looking buttocks by means of buttocks aesthetics surgeries. From this point of view, it is possible to say that surgical procedures provide great advantages to patients. 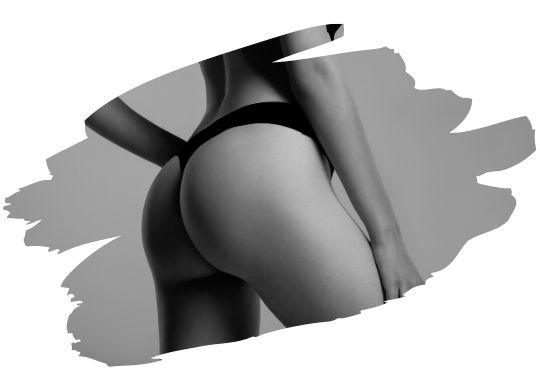 How are the buttocks examined? The buttocks consist of muscles, fat, and skin and they are supported by the undermost bone tissue. The shape and contour depend on the person’s bone and muscular structure.

However, basically, fullness and size depend on the amount of fat. Distribution of this fat is very important for a beautiful look of the buttocks. And the quality of skin is the most important element. For the best examination, the buttocks can be divided into three main parts: Upper, middle and lower. The upper buttocks; In this area, how much fat exists is as important as how the fat is distributed.

In beautiful buttocks, fat in this area should be located on the back side and should provide enough fullness and curve here. If the fat here is located on the upper part, it causes a view of a shoulder and the buttocks to appear as a square.

The middle buttocks; This area in some patients has emptiness and hollowness, and it is called crenation. In other words, the middle part is slightly curled. The hollowness is corrected with a little amount of fat injection and this part is given a curvy and plump shape.

For this reason, the fat in this area is removed by liposuction which is a fat removal technique. Liposuction corrects the area applied and fullness is provided to the back side by a fat injection or silicon prosthesis usage.

The lower buttocks; This area appears as a square and looks sagged typically due to excess fat.

It is not only fat, but the sagging skin here also causes this look. If there is only fat accumulation, liposuction is applied; if there is a skin problem, the skin removal procedure is applied for the treatment.

Majority of patients have excess fat. This area does not appear well immediately after the surgery because of the swelling but the shape begins to appear as soon as the swelling diminishes. Buttocks aesthetic surgeries differ according to patients’ problems. In general, it is possible to say that there are 3 main types in general.

In fact, since each type has been applied with different methods and techniques, the type that the person needs is identified during the pre-examination. Types of buttocks aesthetics are as follows:

Today, the most preferred method of buttocks aesthetic surgeries is making the buttocks plump. In other words, that is the process of buttocks augmentation. Subsequently, it would be inevitable to have a more beautiful buttocks structure when supported by buttocks lift surgeries.

It is observed that women having weight problems in the hip area mostly prefer buttocks reduction methods.

Actually, it would be right to define this technique as liposuction. Because; in this type of procedures, fat removal with the help of laser is performed on the hip area, waist area and lower and upper parts of the buttocks.

With an aim to have an upright appearance, the fat removed from the buttocks is intensified with special substances and injected into the upper parts of the buttocks. In this way, the buttocks both will have a fuller look and will get a more upright position than before.

With the use of silicone, the buttocks look more prominent and stand higher compared to the past. The silicones used must be designed specifically for the buttocks area. There are no scars left after the performed surgeries. In fact, the size of the incision is quite short. At the same time, the silicone substance used should have an elastic structure which allows people not to experience any problem in their daily lives.

Buttocks lift aesthetic surgery is usually applied to women who were overweight in the past and have lost their weight. In fact, a high amount of weight loss along with melting fat causes a formation of gaps inside the skin.

Because of the gap inside the skin, the skin sags and a quite poor appearance emerges. Such cases perhaps are included among the most disturbing appearances for women.

In fact, problems such as collapses in the place of melting fat inside the skin due to weight loss may also be experienced. In such cases, aesthetic processes start with the removal of excess skin.

For patients who have a good level of skin quality, an adipose tissue injection or silicone application may be performed in order to correct this poor appearance and obtain a better-shaped buttocks structure.

Thus, it would be inevitable to have more upright buttocks.

To Whom Can Buttocks Aesthetic Procedures Be Applied?

Buttocks aesthetics is a method which is preferred by women who encounter problems in their buttocks.At the same time, buttocks augmentation surgeries may be applied to anyone who is not pleased with the shape of her buttocks, does not like their aesthetic appearance and wants to have more upright and well-rounded buttocks.

The structure of the buttocks in some women is flat. Anyone who wants to get rid of this flatness and wants her buttocks to stand higher can have these procedures applied.

How Are Buttocks
Surgeries Performed?

Buttocks surgeries are multifaceted procedures. For this reason, consulting a qualified aesthetician and having a pre-examination in the first place are compulsory. In fact, the procedures to be performed may differ according to the patient’s needs.

Since application methods are multiple, it is possible to apply two types of procedures according to the condition of the patient. How are buttocks surgeries performed then?

No doubt, the first preferred method among buttocks aesthetic surgeries is the liposuction procedure. In these procedures, thin cannulae are placed at the hip, waist, the upper and lower part of the buttocks.

After the cannulae are placed according to procedures, the fat removal process will be started. The removed fat is intensified by special processes and techniques with the aim to give the buttocks a more upright appearance.

The intensified fat block is placed on the upper part of the buttocks. After this process, the waist area will be curved and a much thinner appearance will be obtained. At the same time, it is inevitable to reduce the hips.

In aesthetic surgeries performed for buttocks augmentation, a buttocks prosthesis is used with additional methods more.

A buttocks prosthesis is a technique used in cases in which the removed fat from the patient’s buttocks is not enough. Thus, the filling process for gaps is done with a silicon substance.

The used prostheses are specially designed for the buttocks.

It has also become possible with a recently developed method to place the prosthesis inside the muscle.

By means of this method, some of the problems patients encountered are prevented. No scars are left in this type of procedures. Because the incisions opened are pretty small in size.

Another important technique used for buttocks aesthetic surgeries is the buttocks stretching procedure. This procedure is used for people who lose weight. As a result of extreme weight loss, sagging of the skin is observed.

In order to get rid of this sagging, loose skin is removed from the place it is located by appropriate surgeries. Following this, tightening of the skin, in order words, stretching of it, is obtained.

This procedure in medical terms is called lipectomy. It is usually observed that scars like lingerie traces are left after the surgery.

How Are Buttocks
Aesthetic Surgeries Planned?

Usually, while planning a buttocks aesthetic surgery, a person’s general health examination should be carried out. In fact, it may be inconvenient to perform this type of procedures on people with serious health problems.

Besides, all expectations about the appearance and aesthetics of the buttocks should be expressed to doctors in an open and clear manner.

In this type of surgeries, it is very important to obtain an appearance that is accordant with the body. For this reason, it will be possible to start procedures by re-evaluating patients’ expectations according to their health conditions.

In fact, anaesthesia application is mandatory regardless of the technical process applied.

Anaesthesia applications cannot be applied to everyone. It is wiser to proceed with this type of processes by taking request of patients into account who have an adequate health condition.

People will obtain the buttocks in their dreams thanks to buttocks aesthetics. What Should Be Taken Into Consideration Before Buttocks Surgery?

At the same time, it is compulsory to avoid smoking. In addition to these, various painkillers such as Apranax and Voltaren should not be used. Alternative painkillers instead of these may be used.

It is mandatory to avoid all medications such as Ginseng, Gingko Biloba, Co-Enzyme Q which supplement multivitamins. Additionally, it may be harmful to the surgery to consume products that have weight reducing properties such as green tea, flaw seed, cherry stalk, and tomato seed.
It would be beneficial to pay attention to have a healthy diet as much as possible. Otherwise, it would be inevitable to encounter various complications during the surgery.

It is mandatory to pay attention to recommendations that doctors give prior to buttocks aesthetic surgery. 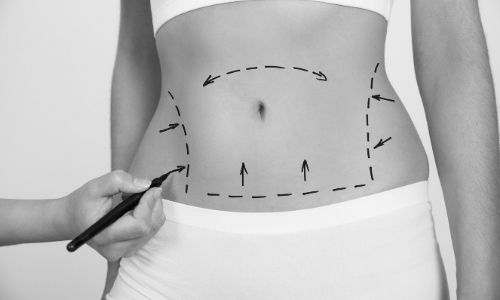 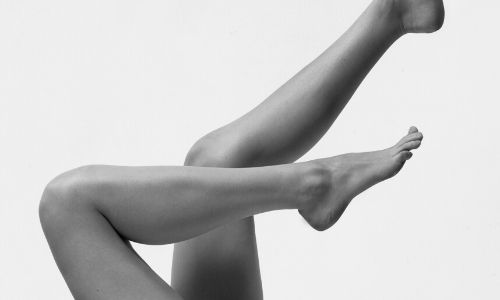 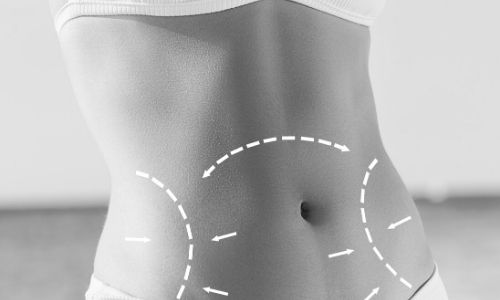 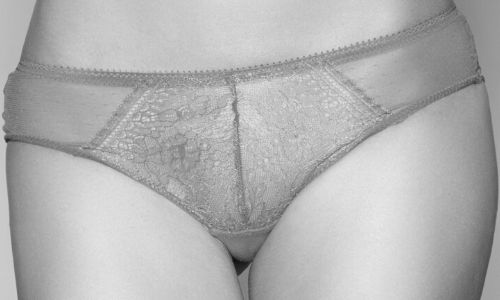