Droopy eyelid (ptosis) occurs as a result of excessive rubbing of the eyes, aging, after accidents and traumas, due to the use of some medications. Eye contour is one of the most sensitive areas in the face. Observation of this kind of problems disrupts the aesthetic appearance of the person’s face and even causes the person to experience pain.

All these have a negative impact on a person’s social life and health status. The droopy eyelid of the person also causes visual problems and various pains in the eye. This condition is also defined as ptosis. Obtaining an aesthetic appearance of the eye area of the person, treating a painful situation becomes possible with surgery and treatment.

If surgery is not performed, ptosis will cause more discomfort and the health status of the person will continue to be adversely affected. Problems such as the lack of an aesthetic appearance of the eye area, negative effects on visual health, difficulty in opening and closing eyes, also affect the social lives of people negatively. The negative impact on social life will also lead to a lack of self-confidence. Therefore, it is a must for the person to be treated and operated.

What are the reasons behind droopy eyelid (ptosis)?

If a person experiences an eyelid trauma as a result of an accident, the droopy eyelid condition may occur again. In order to prevent this, surgery is required to be performed. In case of surgery, it will be possible to get rid of such problems. The new aesthetic appearance of those, who got rid of such problems, will experience a positive impact on their social lives as well.

Ptosis is a problem, that affects the health status of people and causes the disruption of the aesthetic appearance in the face. In order to prevent this problem, a person should definitely get rid of this situation with surgery and treatment. Excessive loosening of the eyelid can be seen at later ages extensively. Additionally, for a person with the congenitally droopy eyelid, it should be considered normal that the person is likely to have problems such as further loosening in the future. 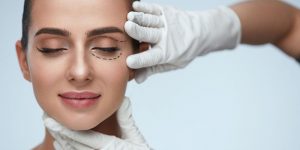 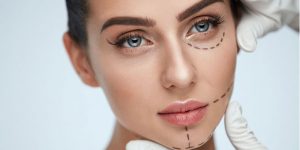 Thanks to these surgery alternatives, people have positive effects on their social lives. Positive effects can only be provided by the surgery. This problem cannot be overcome by non-permanent methods. Unless certain treatments and surgery are applied, it is difficult for the patient to get rid of this problem.

What should be taken into consideration after the droopy eyelid surgery?

In addition to all these, if the recommendations given by the doctor are also followed, the person will be able to get over this surgery without any problems and the healing process will also be affected positively. After the ptosis surgery, the person should definitely be careful of the situations mentioned by the doctor in order to avoid various problems. Otherwise, various problems will occur, and the healing process will be adversely affected. The recovery process of the droopy eyelid surgery is not very long. This way, the person will have an aesthetic appearance in a short time. 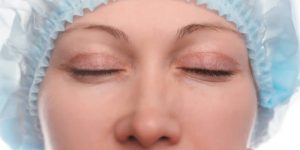 If the person does not have a surgery, he/she will face various problems. On the other hand, people, who have a surgery, will have an aesthetic facial appearance. Having an aesthetic facial appearance will also affect the social life positively, so the person will become self-confident and will be satisfied by the surgery. As the person can be discharged on the same day, there are no problems like estrange himself/herself from social life.

What are the advantages of ptosis surgery? 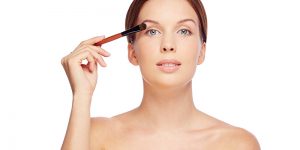 It is possible that the person has such advantages after the surgery. As droopy eyelid surgery provides 100% positive results, people, who experience the problem, get rid of the problem and have positive effects on their social lives. The person is completely prevented from experiencing muscular immobility and he/she has a brand new eye contour.

It may become annoying for people with ptosis having difficulty in their daily lives and facing various problems while sleeping at night. In order to overcome this situation, many people undergo this surgery and have an aesthetic appearance, while also getting rid of health problems. Since it is possible to get rid of health problems with the surgery, people have confidence in the surgery, and everyone can benefit from this surgery.

Does the droopy eyelid prevent vision?

If the eyelid is too low, it causes the pupil to be closed. There is a risk of visual loss at a rate of 50% or higher because of this situation. When the pupil is closed, the patient must have ptosis surgery. Thanks to ptosis surgery, people get an aesthetic appearance and also get rid of vision problems. Further progress of this disease would lead to a higher rate of loss of vision. It is absolutely necessary to perform surgery which will shorten the eyelid or enable muscle movements. Otherwise, the person’s life will be adversely affected, and the person will encounter various problems.